If you're interested in learning more, until the rest of "Sadie" is published, you gotta' check this site out about our Italian heritage. It's quite indepth and it's awesome! I didn't do anythong to do with it. Except I created the families' Geneology Monster!

Theresa and Mary Ponticelle of Danbury... 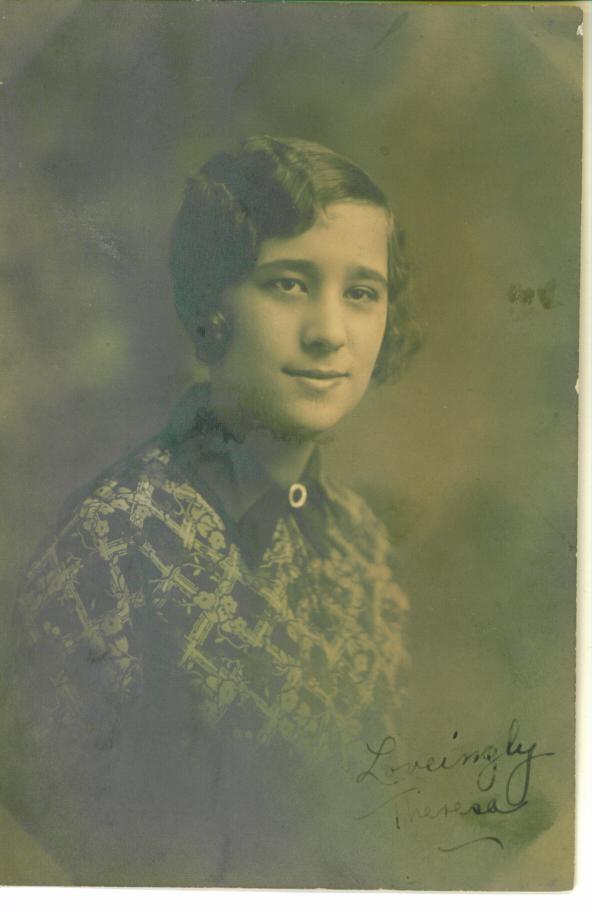 The wedding photo is not damaged, the groom has been cut out!

Guess Sadie was not the only one in the family with man troubles! 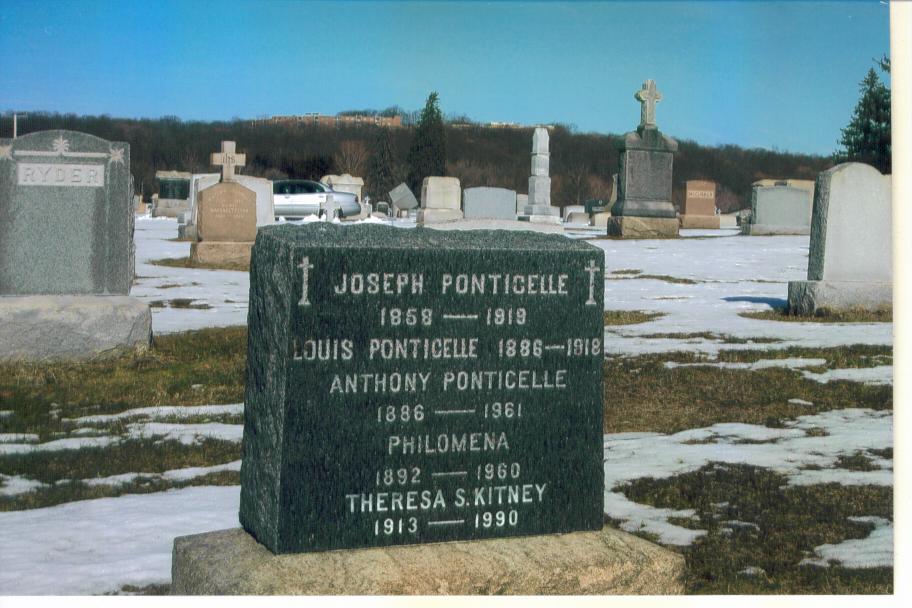 This is the Ponticelle gravesite at St. Peter's Cemetery in Danbury, Connecticut. Sheesh, I thought Luigi was buried in New York. Such is family lore sometimes, such is life, and so it goes... 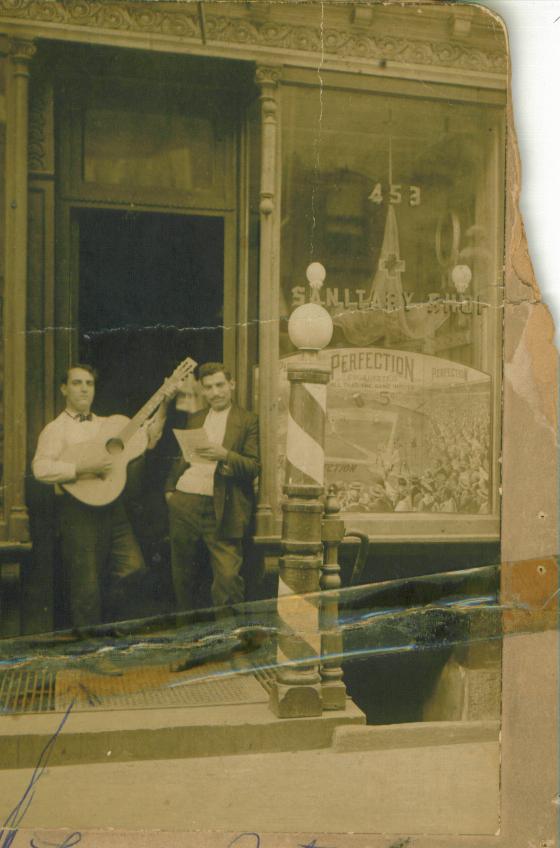 Luigi outside barber shop, possibly in Manhattan and not Connecticut.

This is what was said of Luigi in the October 1st, 1918 edition of the Danbury Evening Newspaper:

Louis Ponticelle died at home, 5 River Street, last night, after a six-day illness of pneumonia. He was a well-known barber and had conducted a shop at 29 Elm Street for the past year. He had been a resident of Danbury for the past twenty-three years. Having come here from Italy with his parents from Naples, Italy.

Mr. Ponticelle was a well-known musician and an accomplished entertainer. He was in great demand at social gatherings and had a very large circle of friends, being always good natured and jolly.

Mr. Ponticelle was a member of the Barber's Union and the Order of the Sons of Italy. His death comes as a sad blow to his friends.